HOW IS GHTM EXTRACTED?

HOW IS OUR HEMP GROWN?

A Natural Producer of Cannabinoids 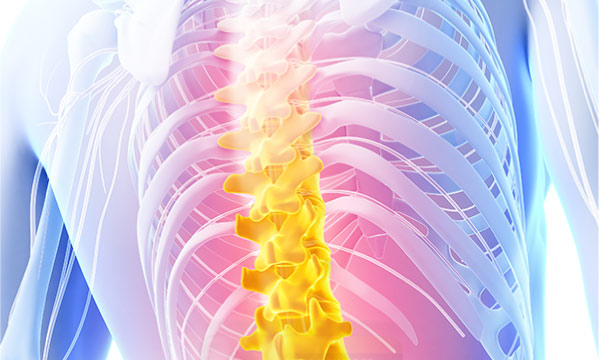 Most people are unaware that the human body has its own system for processing and even creating its own cannabinoids. This system is known as the Endocannabinoid System (ECS). Its discovery in the United States in 1992 opened the doors to systematic cannabis research in recent years and subsequently revealed new perspectives for medical use.

The ECS is involved in multiple physiologic processes, such as the regulation of pain, mood and cognition, as well as immune functions and metabolism. Cannabinoid receptors can be found throughout the whole body. So far, two primary endocannabinoid receptors have been identified: CB1 receptors are primarily found in brain regions that play an important role in memory and motor regulation, whereas CB2 receptors are primarily present in cells of the immune system and in bone marrow cells.

When activated, these receptors create an anti-inflammatory immune response. Since naturally produced cannabinoids play a central role in the human body, they have been scrutinized in recent decades. Consequently, if and how the ECS might intervene with CBD is a highly discussed topic amongst the scientific community and could potentially provide solutions to cure difficult or yet incurable diseases. 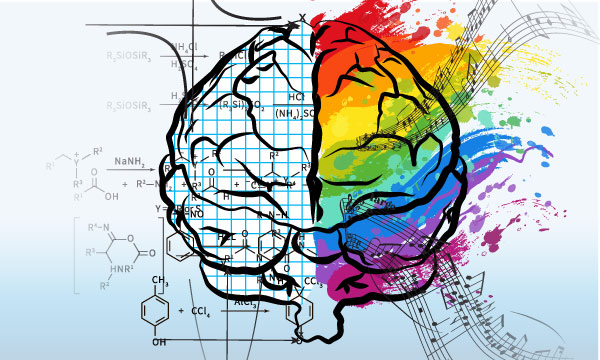 In contrast to THC, which binds to both cannabinoid receptors, CB1 and CB2, cannabidiol does not directly bind to any receptors. In fact, it influences the Endocannabinoid system by inhibiting the enzyme FAAH which is responsible for the breakdown of the endocannabinoid anandamide. Thus, leading to an increase of the anandamide level in the brain.

Also known as the “molecule of bliss,” anandamide constitutes one of the body’s most important endocannabinoids. Due to its very similar chemical structure to THC, it binds to the same receptors of the Endocannabinoid system and is therefore often referred to as the “body’s THC.” Being recognized as a mood enhancer, anandamide may also be involved in the function of a number of other processes, such as appetite, pain, and memory.

Moreover, it has been associated with reducing the rapid formation of cancer cells. In a study in 1998, a group of Italian scientists discovered that anandamide effectively slows down the formation of breast cancer cells. Further research has also shown that increased anandamide levels in the brain can reduce symptoms of depression and anxiety disorders.

CBD is known to trigger the following receptor systems:

CBD targets a particular serotonin receptor, the serotonin 1A (or 5‐HT1A ) receptor. One of the functions of this receptor is to control for anxiety and stress. Evidence from various studies suggests that CBD — by activating 5‐HT1A receptors — can attenuate autonomic responses to stress and lead to a reduction of anxiety. This raises the possibility that CBD could be useful for treating psychiatric disorders, such as depression, anxiety disorder and post‐traumatic stress disorder.

Another receptor activated by CBD is the vanilloid receptor type 1 (TRPV1). It is involved in pain sensation and inflammation. Studies have shown a positive correlation between increased TRPV1- levels and illnesses associated with chronic pain such as arthritis. The inhibiting effect of CBD on TRPV1 could, therefore, have an analgesic (pain reducing) effect in a number of different pain indications. Incidentally, CBD also works on the type 2 receptor, which can use its information to eliminate malignant tumor cells.

Cannabidiol oil consists of extracts from the hemp plant. As reported by MedicalNewsToday, it is effectively used by people as a pain reliever to treat illnesses associated with chronic pain. In illnesses, such as arthritis, in which TRPV1 receptor sensitivity and expression are increased, CBD oil may represent a useful alternative in the treatment of disease-associated chronic pain.

A growing body of evidence indicates that inflammation may be involved in the pathophysiology of at least some forms of depression. Listed below are some of the most important studies conducted over the last years on treating depression with CBD.

Results: CBD induces antidepressant-like effects comparable to those of Imipramine. Results  further suggest that these effects of CBD may be mediated by activation of 5-HT(1A) receptors.”

Study (2014): Antidepressant-Like and Anxiolytic-Like Effects of Cannabidiol: A Chemical Compound of Cannabis sativa

Study (2016): Prohedonic Effect of Cannabidiol in a Rat Model of Depression.

Results:  CBD has shown a prohedonic (willingness to move towards a goal or away from a threat) effect on rats that underwent the saccharin preference test, the elevated plus maze test and the novel object exploration.

A study by Leweke et al. (2012) suggests that cannabidiol has antipsychotic effects.

By administering (4 weeks: starting dose 200 mg, increased stepwise to 800mg per day) CBD to schizophrenic patients thus enhancing the anandamide-levels resulted in an improvement of schizophrenia symptoms. At this point, one of the key advantages of CBD becomes clear: antipsychotic drugs often come along with various negative side effects such as motor disturbances weight gain and sexual dysfunction to only name a few of them.

These side effects can drastically impair patients well-being and constitute a crucial issue for long-term treatment. Cannabidiol-based medication, on the other hand, is associated with significantly fewer side effects as it intervenes with the system in a natural way by recreating the chemical balance of bodily processes.

Other research for applying CBD include:

HOW IS GHTM CBD OIL EXTRACTED?

WHAT IS
FULL SPECTRUM?

GuerillaHealer™ cares about going the extra mile to ensure our products are impeccably clean and actually effective.  Our fast-acting premium CBD oil is completely unique and made with absolutely no harmful chemicals. We created a patented extraction process specifically designed for maximum efficacy using only simple ingredients.  All of our CBD products are assayed by a third-party to ensure you’re receiving the exact amounts as advertised.

WHAT IS
ETHANOL EXTRACTED?

GH NIGHTCAP™  is our new all-natural sleep support capsule made from super potent hemp oil that was cryogenically frozen and extracted with pure ethanol.  This process allows us to retain an abundance of raw cannabinoids that are often lost due to heat, and you can certainly feel the difference! All of our products are assayed by a third-party lab to ensure you are receiving the exact amounts as advertised!

WHAT IS
PURE CRYSTAL INFUSION?

GH Pure™ THC-Free CBD Capsules and GH Liquid Pure™ THC-FREE CBD Tincture exist to support our clients who need to be sure there is no THC in their diet. For a variety of reasons, some of us require a product guaranteed to have absolutely no THC in it.  With no questions asked, you can purchase your trusted oil from our shop, tested by a compliant third-party laboratory for potency.  We offer multiple potencies as well as capsules or tinctures for personal preference.

Fact: Industry-standard CBD is made with a CO2 extraction, which actually damages key ingredients, resulting in the need for bio-availability gimmicks and flavor additives. Our patented process is effective because it retains the key terpenes needed for the entourage effect, where naturally occurring cannabinoids and terpenes work synergistically to act fast!

Our hemp is always grown organically in the US. Our farms practice traditional organic growing methods to sustainably build the soil with a perfect ratio of key ingredients.  This age-old practice produces healthy, nutrient-dense, and terpene-rich plants we are proud of.  We only grow artisanal strains to provide the impeccable results we desire, in order to always serve you the absolute best.